This is what I wrote in the Author’s note for Blood Therapy:

Blood Therapy started as an idea. What if a couple went to therapy and the session ended up being super strange?

My wife and I experienced this very thing. I hasten to emphasize; we did not go to couples therapy for any kind of marital issue. We were there because she’d had a particularly traumatic labor with the birth of our previous two children and we were pushing to have a c-section done instead for our third. The NHS here in England would pay for it, but only if we attended compulsory therapy sessions to discuss any lingering post-birth trauma.

Now, the whole thing was terrible, but we honestly, hand on heart, were not suffering from any long-term effects. I know what you’re thinking. You’re thinking we had suppressed it. That deep down, we were, in fact, damaged individuals and needed restorative mediation in order to dig that sucker out and be rid of it.

But what if we weren’t damaged the way this woman insisted we were? What if we just had a bad time with the birth of our second child, and this time, were hoping to avoid a repeat?
Avoidance of potential pain, that’s all.

Whatever the case, this therapist would not have it. She insisted on pushing ahead, digging for trauma and buried secrets, when really, the reality was rather boring. There simply weren’t any.
The result was three rather weird and comical sessions, filled with strange questions, awkward silences and barely concealed giggles from the two of us.

Basically, nothing like the three books in the Blood Therapy series, which instead are filled with angst, murder and mayhem. (Okay, there are a few giggles.)

View all my reviews 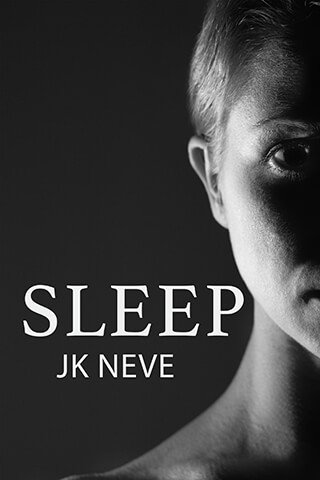 Download your free copy of 'Sleep', a short thriller.

Well done you clever person you! Check your email...